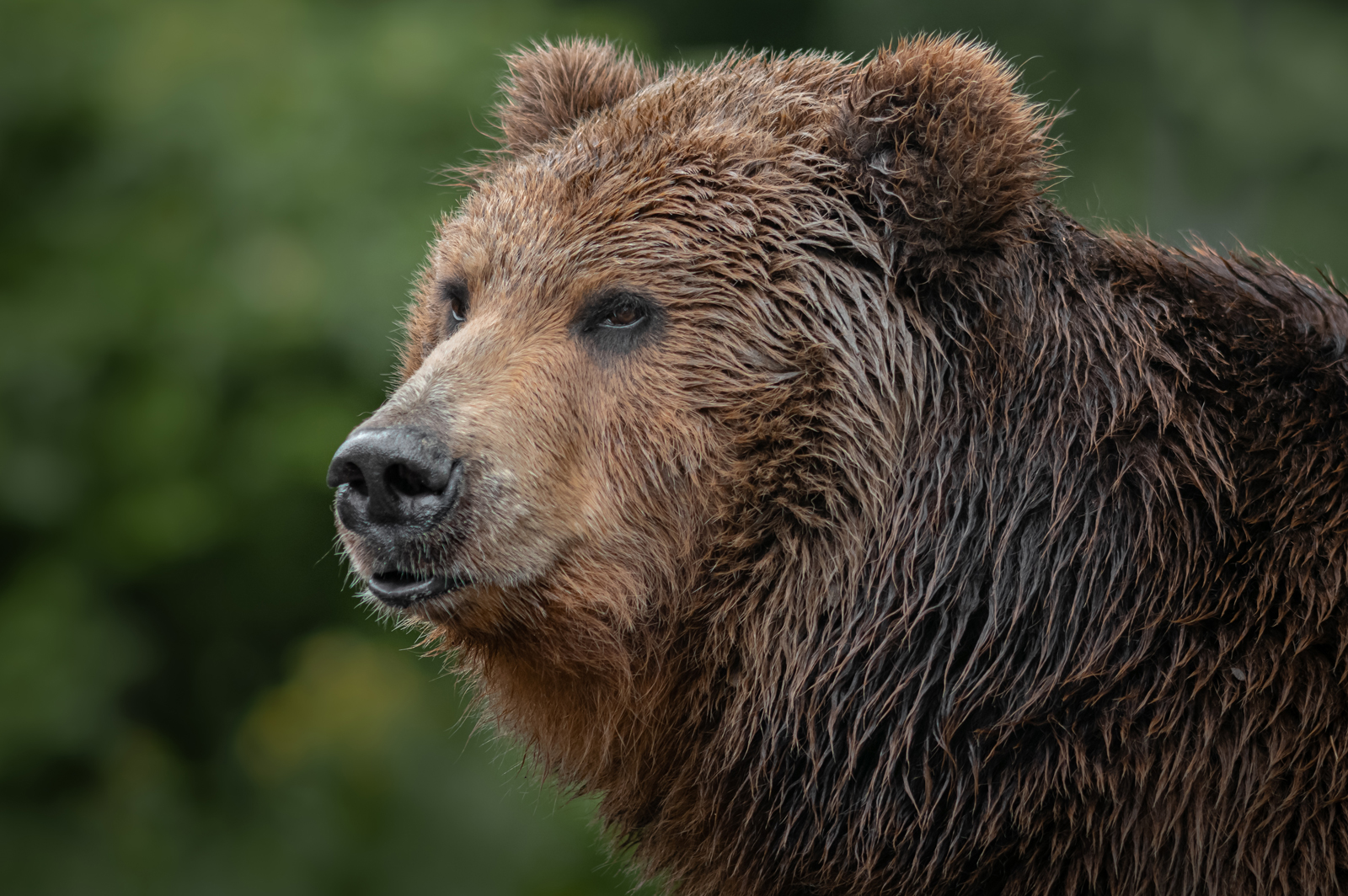 Global fixed income markets were no help, in fact one might suggest that the dramatic sell off in fixed income (prices fell and yields rose) encouraged the stock market rout. Most developed countries experienced sizeable yield rises on their ten year government bonds.

This is not the first time this year that both bonds and equities have declined in tandem, but it is certainly the worst we have seen in 2022. The question on every market participants mind is ‘how long will it continue.’ The problem remains that inflation is still too high and shows little sign of slowing. Central banks around the world continue raising rates at above average levels, with the US Federal Reserve (Fed) and the European Central Bank (ECB) both increasing rates by 0.75%, along with a 0.50% raise by the Bank of England. Although these moves are more aggressive than the norm, this still only leaves rates at 3% in the US, 2.25% in the UK and 0.75% in the ECB, which has so far had little impact on inflation which is running at 8.3%, 9.9% and 10.1 % respectively. As a result, it is almost certain that further aggressive rate hikes will be announced in the coming months.

What is noticeable is that the investment backdrop is changing significantly. For over a decade, central banks were keeping interest rates at or just below zero and actively buying government and even corporate debt. These policies have now been eradicated. Not only are central banks raising rates they
are no longer buying bonds, and the Fed is effectively selling. Asset prices are having to adjust to this change. The adjustment is painful, volatile, and not yet complete.

UK based investors with global portfolios were somewhat resilient to the sell off as Sterling devalued against all major currencies. The devaluation was caused by the newly formed Conservative government under Prime Minister Liz Truss significantly easing fiscal policy to kick start the economy and improve its’ popularity with the UK electorate, with the next election only two years away.
‍
The new fiscal package included a large spending plan to help households manage the sharp rise in energy prices as well as large tax cuts. In times of economic stability this would have been welcomed by the financial markets. Unfortunately, with inflation at nearly 10% and unemployment at near record
lows the markets questioned the wisdom of these additional stimulus measures. What made matters worse was that the Bank of England (BoE)appeared to be surprised with the policy change, which led to yields on gilts spiking as the markets became concerned with the sustainability of funding such a larger deficit while the BoE hiked rates to fight inflation. On the back of this the bond market became illiquid and the BoE had to step in and buy long dated bonds. This was ironic as the BOE had just a few days earlier confirmed their plan to begin selling gilts they owned to reduce their balance sheet. For almost a week the UK was referred to as behaving like an Emerging Market economy which was unfair in our view.

What we have learnt is that the fiscal deficits are beginning to matter again to markets, particularly when central banks are no longer able to help finance these deficits by quantitative easing. Rising interest rates will begin to bite as central governments look to manage their inflated fiscal deficits. The days of running large deficits enabled by low or zero interest rates has come to an end.

Rising interest rates, whether from fears of fiscal deficits or simply central banks tightening policy to fight inflation is not going to help equity markets. Yields on short term government securities are already reaching levels that will begin to pull money from stocks. As they go higher stock prices will
have to adjust. The markets keep hoping that the Fed is going to stop hiking rates soon and might even cut them next year (the so-called Fed pivot) and that inflation has peaked. The Fed at their latest press conference poured cold water on this view as it raised its forecasts to 4.4% and implied further hikes into 2023. This stance will continue to put upward pressure on the US dollar as other central banks are unable or unwilling to match the pace and scale of the Fed’s rate hikes.

The current economic backdrop does not look to be conducive for asset markets and it looks like these conditions will not abate in the short term and due to this we remain conservatively positioned and tactically invested in the energy and healthcare sectors.

This document was produced by Oakbridge Wealth (“Oakbridge”) for information purposes only and for the sole use of the recipient. Any information provided by a client ("Client Information") and used to produce this document will have been checked by Oakbridge for plausibility only and the client notified accordingly of any obvious anomalies. However, Oakbridge has not checked the Client Information in detail for completeness and accuracy and accepts no responsibili ty whatsoever in respect of the Client Information. The Client makes all investment decisions independently. Past performance, simulations and forecasts are not necessarily a reliable indication of future performance and the value of investments may fall as well as rise. The information contained in this document is only valid at the time this document is produced. A change in the economic environment, possible changes in the law and other events may cause future performance to deviate from that expressed or implied in this document. The information and analyses contained in this document have been gathered from sources that are generally considered to be reliable. However, Oakbridge makes no representation as to their accuracy or completeness in relation to the investment products described and does not accept liability for any direct or consequential losses arising from reliance on the information contained in this document. An Oakbridge Group company may, to the extent permitted by law, participate or invest in other financing transactions with the issuer of the investment products referred to herein, perform services or solicit business from such issuers, and/or have a position or effect transactions in the securities or derivatives thereof. Alternative investments, derivatives or structured products are complex instruments that typically involve a high degree of risk, and are intended for sale only to investors who are capable of understanding and assuming the risks involved. Investments in emerging markets are speculative and significantly more volatile than investments in traditional markets. Some of the main risks are of a political, economic, currency or market-related nature. Furthermore, investments in foreign currencies are subject to exchange rate fluctuations. Investments in the investment products described in this document should be made only after carefully studying and reviewing the product documentation. The opportunities and risks associated with each investment product can be found in the relevant underlying securities prospectus and any other supplementary documents. All documents will be made available at any time upon request. Oakbridge does not provide tax or legal advice and, before entering into any transaction, investors should independently consider the financial risks as well as the legal, tax, credit and accounting consequences of that transaction. The attached material is not the result of our/a financial analysis. Neither this document nor any copy may be further distributed to any party. In particular, it may not be sent, taken into or distributed in the United States or given to any US person. This restriction applies equally to other jurisdictions, unless such actions are performed in compliance with the applicable laws of such jurisdiction. This communication is confidential and intended solely for the person to whom it is delivered. No part of this communication may be reproduced in any form or by any means or re-distributed without the prior written consent of Oakbridge. This communication should not be construed as an offer to sell any investment or service. This communication does not constitute the solicitation of an offer to purchase or subscribe for any investment or service in any jurisdiction where, or from any person in respect of whom, such a solicitat ion of an offer is unlawful. If you are in doubt about the securities to which this communication relates, you should consult an independent financial adviser. The information in this communication has been prepared in good faith, however, no representation or warranty, expressed or implied, is or will be made and no responsibility or liability is or will be accepted by Oakbridge or its officers, employees or agents in relation to the accuracy, completeness or fitness for any purpose of this communication. The information stated, opinions expressed and estimates given are subject to change without prior notice.

The services described are provided by Oakbridge or by its subsidiaries and/or affiliates in accordance with appropriate local legislation and regulation. Certain products and services may not be available in all locations or to all Oakbridge clients.

Oakbridge is regulated in Jersey by the Jersey Financial Services Commission for the conduct of Investment Business.

Oakbridge is a registered business name of Oakbridge Limited.